Show all categories Our Values Back
Our Values 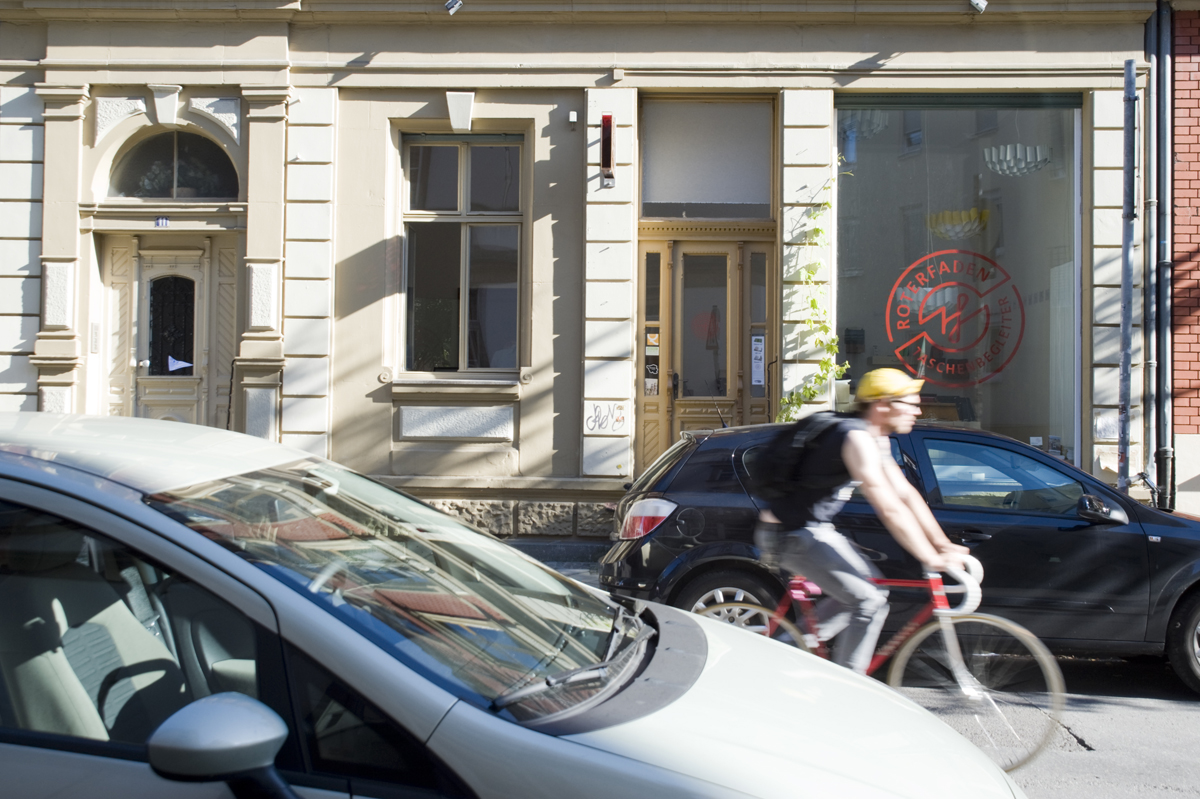 A Taschenbegleiter is more than the sum of its parts. It is always manufactured according to our values.
Your companion. For always, everywhere and everything. Thank you
We are grateful for the loyalty of our partners and customers for supporting our work.
A Taschenbegleiter is more than the sum of its parts. It is always manufactured according to our values.

We are grateful for the loyalty of our partners and customers for supporting our work.

The whole is more than sum of its parts.
Being an independent company, we work as a node in a network of many independent manufactories, suppliers, artisans and freelancers. ROTERFADEN itself consists not only of the manufactory, but also of service, office, IT, distribution, trade and retail. Stores that sell ROTERFADEN products are mostly independent and owner operated. Retailers appreciate that we visit them personally and build a relationship with them.
Founder Beate Mangrig herself visited the first retailer who stocked ROTERFADEN. The shopkeeper was introduced to the idea and the story of the product - and she was convinced. She made her first order and still carries ROTERFADEN products today. Clips:
Since 2009, our stainless-steel clips have been manufactured in a small Bavarian family business. Each of the clips is assembled and checked by hand. We would like to thank our partners for the many years of collaboration.

Bookbindery:
All our booklets notebooks are bound with a red thread by a traditional bookbindery in Thuringia. With every new production run, we are thrilled to see the high quality. Engraving:
The owner of a small engraving workshop personally stops by to bring us engraved Taschenbegleiter, smartphone, or tablet cases and to pick up new orders. Embroidery:
Our embroidery orders have been carried out in Saarbrücken for many years. A workshop here manages to implement all the details in the stitching; text and image are embroidered neatly and precisely. Printing:
Our range of booklets notebooks is printed and processed by medium-sized printers in Saarland and Thüringen. We exclusively use recycled or FSC-certified paper. Independent
ROTERFADEN started as a company with no funding, no loans and no private assets. Our decision was to be and remain free. This means that we work according to our own values. At our own pace, with care and joy. We decide for ourselves how to continue on our path. ROTERFADEN exists because our customers make it possible. Because they appreciate our product and our way of working. To found the company in this way was not without risk. But today we are free. Our independence is a sign of success.
Local
In 2011, we opened our own store in Saarbrücken. Visitors are always welcome in our store. Some of the partners we work with are close by, often just a few streets away. We appreciate the direct interaction on the spot. Stop by if you're in the area. Please note that we are only open on Saturdays from October to January. Social
Good work is the result of enjoying what one does. Everyone at ROTERFADEN is inspired by precision and that shapes our products. Not at the expense of joy though. With us, not everything happens immediately. Not everything is possible. Not everything arrives the next day. Nobody works nights. And no one works here who hasn’t deliberately chosen to. Careful
Due to their construction and the use of high-quality materials, our products are exceptionally durable. The Taschenbegleiter you choose should accompany you for a long time. Customers usually buy one, once. When we see it again after a long time, their Taschenbegleiter is still in excellent shape. It might have a few scratches, or the leather has gotten smoother, but it ages ever so beautifully. High Quality
Choosing a Taschenbegleiter is like buying a fine pen or a hand-sewn purse. They are carefully made quality products, not synthetic throwaways. We love to hear how long our customers have had their Taschenbegleiter, how they use them and what they can weather. They come to us because our products last. Haptics, flexibility, durability, and the details make Taschenbegleiter a popular organizer all over the world. Analog (by Trina O’Gorman)
There is something special about the way that a pen or pencil glides across the page. Whether it is to write or to draw, it is a very personal act.
Everyone’s handwriting, much like a fingerprint, is unique and discernible. Handwriting is intimately connected to the writer.
The notes, ideas, and memories written in a notebook and the dates and information written in a calendar shape our story and create a permanent and tangible history of who we were. Every page of our notebook is a special part of our individual life story.
This website uses cookies to ensure the best experience possible. More information